Atheism is not Communism 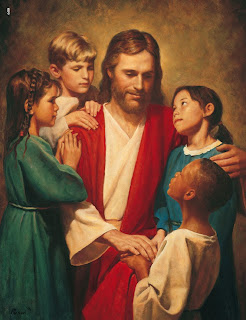 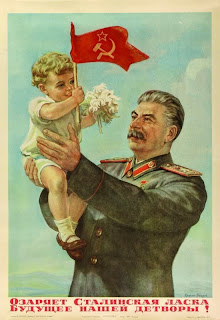 A common argument against atheism is the claim that the deaths of millions in communist China and Russia during the Mao and Stalin eras show what happens when atheism is embraced by governments. The implication is that atheism and atheists are immoral, and that the only thing preventing society from disintegrating into an inhuman authoritarian hell is the morality emanating from the religious in society.

Some even claim that that's where we would be headed if the likes of Richard Dawkins, Sam Harris or Christopher Hitchens ever got their hands on the reins of power.

The values promoted by the New Atheists (myself included) include skepticism, democracy, humanism and tolerance of dissenting views. Communism as practised in the USSR, China and North Korea has almost nothing in common with these values.

Hitchens in particular illustrated this point very clearly with his famous comparison of an afterlife in Heaven to an eternity in North Korea, bound forever in worshipful servitude to a single authority figure.

While communist atheism is an article of dogmatic faith, for me and the New Atheists it arises from skepticism. It's not a premise, it's a conclusion. As such, authoritarian communism should certainly not be construed as synonymous with atheism even if it does have atheism as one aspect of dogma.

And dogma it is, every bit as rigid and uncompromising as the dogma of religions. This is why it seems to me that these forms of communism have much more in common with religions than the secular humanist atheism I advocate. The faith in the party, the personality cults, the "holy" books. These are direct counterparts to the trappings of religion. As such, authoritarian communism is effectively a religion even if it is not literally so. It uses the same tricks to indoctrinate and exploit the people. It appeals to the same bugs in human psychology.

The only difference is that supernatural beliefs are not involved. That's it. Belief in the supernatural is actually pretty low on the list of my issues with religion.

It's not just the pseudo-religious overtones of communism that are problematic. You need to consider the personalities involved. Stalin and Mao were opportunistic megalomaniac psychopaths. A large part of the damage done to their countries can be attributed to their callous disregard for the welfare of their people in their quest for power and control. Unless you believe that atheists have a high tendency towards psychopathy, there is no reason to think that an atheist regime is any more likely to be cruel than a religious one.

The fact is that atheism or theism has almost nothing to do with whether one is a good person or not. Whether the government endorses belief in God or not has little to no influence on the personal morality of its citizens. What's much more important is whether the society encourages free speech, skepticism and the democratic election of leaders.

So please, let's have no more trashing of modern humanist atheism by comparison to authoritarian communism. They are not the same thing.
Posted by Disagreeable Me at 19:23