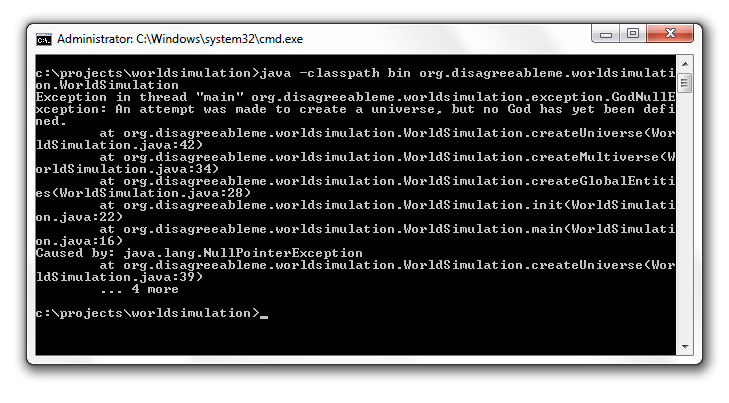 A frustrating interruption of Internet service has rendered me unable to work, so I might as well put my time to good use by catching up on blogging on the assumption that I will be able to upload this text at some later time. It also means, unfortunately, that I am unable to use references as I write. As such, I might get some things wrong.

The issue I want to address is the so-called Ontological Argument for the existence of God as first proposed by St. Anselm almost a thousand yeasrs go and further developed and promoted by Muslim and Christian philosophers, including relatively recent versions by Alvin Plantinga, Kurt Gödel and others.

I was asked to write about this some time ago by a fellow commenter on Massimo Pigliucci's (now no longer active) blog 'Rationally Speaking', and I said I would. However I have been slow to do so for a couple of reasons (in addition to the usual procrastination!). The first is that the argument is so obviously nutty that it seems to be scarcely worth the time to address it. The second is that it is actually quite difficult to point out precisely what is wrong with it!

I will do my best to reproduce the argument as well as I can. It goes something like the following, although my version is somewhat simplified.

My brain rejects this argument instinctively. It simply cannot be right. But why, exactly?

It think one answer that proponents of the ontological argument might have for me is that I'm missing something by failing to deal with the concept of maximal greatness in my analogy. I do not think this is the case: we can conceive of a maximally great beer that must exist in all possible refrigerators and see that dealing with maximal greatness directly does not make the situation much better.

Another way of looking at the problem is that we have two concepts which are mutually inconsistent: a God that exists in all possible worlds, and a Godless possible world. One of these concepts must be incoherent. Proponents of the ontological argument simply prefer the former, while opponents prefer the latter. Nothing is yet proven either way, so the ontological argument fails.

However, I find it hard to see what grounds there are to think that a Godless possible world is an incoherent concept. It seems on the face of it to be a perfectly reasonable proposition. The only argument I have seen against it is the ontological argument, but to use that would be circular.

I'm a software developer by trade, and in my view one very good way to find out if some idea is incoherent is to try to model it with code. As it happens, we run computer simulations of possible worlds all the time, often with no concept of God. When playing computer games or running scientific simulations of physical processes, I have heard of programs crashing because of attempts to divide by zero, but never have I seen an error log mentioning a GodNullException on line 42.

If I define a unicorn as a magical horselike creature with a horn on its head, I don't need to append "which exists" to this definition. No purpose is served by this meaningless elaboration. I first define "unicorn" and only then assert that unicorns exist or not. Unless a concept is logically necessary, existence is a contingent predicate, not a baked-in assumption.

I think on the whole it is better not to make the existence of a concept part of the definition of that concept. Breaking this rule can lead to the kind of logical mistakes evident in the ontological argument.

Posted by Disagreeable Me at 10:01